With these two sets of issues in mind, we will end our operation of the blogs.harvard.edu platform in favor of a new platform managed by Harvard University’s Information Technology team. Specifics of that transition are being worked out, and we expect to roll out plans in collaboration with HUIT over the coming weeks.

Upcoming Changes in the Blogs.Harvard Blogging Platform | Weblogs at Harvard

This pioneering network of blogs was initially spearheaded by Dave Winer during his tenure as a Berkman Fellow back in 2003. The network was initially powered by Userland Manilla and was eventually migrated to WordPress. It is unclear what will happen to the one of the oldest blogging networks still in use today.

Nary a legal tech confab goes by without some speaker exhorting the crowd to get online and start blogging. Much the same happens at gatherings in other industries too.1» Everyone should have blog! becomes a sort of rallying cry to drive some lagging profession into the high tech world of the late 20th century.2» But what’s the point, really? Saying “everyone should blog” is a lot like saying “anyone can be president”, while it’s technically true, it isn’t very likely.

I get it, there is value in blogging. This blog has been kicking around for 16 years. Early on I was a big proponent of blogging, pushing colleagues and conference attendees to get on board. And pretty much nothing happened. Turns out a blog isn’t magic. It doesn’t open some sort of tech spigot from which much wisdom and Google foo flows. What it is is work, and writing, mostly writing. Did I mention the writing?

If you want a popular and effective blog you have to be a writer. Turns out a lot of people don’t like to write. I’ve kept this thing limping along by stuffing it full of links to other things, and running it for my own future reference. And you have to have something to say that interests people. That’s also hard. For example if more than 10 people read this bit I’ll be pleasantly surprised.

When I hear the familiar refrain of “Everyone needs to blog” I think about what they are likely getting at. First: write more, write publicly. That’s what a good blog needs. Second: adopt technology, try new things. Don’t be scared off by the tech. Third: find your voice, express yourself. That is probably the hard part.

To answer the titular question, yes, everyone should at least try blogging, you might be good at it.

St. John’s is home to a dedicated faculty of engaging teachers and accomplished scholars. In the classroom, they foster our students’ analytical ability and practical skills. Outside the classroom, many of our professors are outstanding researchers and thought leaders who have “written the book” in their areas of interest and expertise.

A little over a year ago, the Law School launched the Faculty Scholarship Blog to showcase faculty activities and achievements, including their books and articles, speaking engagements, and media appearances. Produced and regularly updated by Professor Janai S. Nelson − the Law School’s Associate Dean for Faculty Scholarship − and Professor Jeff Sovern, the blog offers a detailed snapshot of the faculty’s timely and important work.

It’s great to see a law school acknowledge faculty who blog and highlight the areas they are blogging in. This sort of thing will help make writing for a blog or website more acceptable as a form of scholarly writing. Certainly not every utterance that lands on the Internet is scholarly, but we are moving to a place where well thought out and researched articles on a blog or website are going to be considered scholarly products alongside more traditionally published law review articles. And that is a Good Thing.

The Communications Office is looking for J.D. students with strong writing skills to blog about their experiences for In their own words: BU Law Student Blogs. These online journals give prospective students a better idea of day-to-day life at the School. Your posts may also be read by prospective employers, alumni, faculty, the media, and anyone who visits the site, so this is an opportunity to showcase your writing as well as your approach to law school and the legal profession in general.

This is a great idea that gives a voice to law students and provides the rest of us with some insight into what drives law students these days. This is a program that other law schools should copy. A network of school sponsored student written blogs where students write about their law school experiences would be wonderful.

If you’re at a law school and you don’t have access to a local blogging system, you could do this sort of thing on CALI Classcaster.

Just a quick note to mark the changing of some of the back end of my blog. I’ve upgraded to WordPress 3.6. That was straightforward and seems to have gone well. I know there are a slew of new features included i WP 3.6 but I haven’t gotten to those yet. For a variety of technical reasons I moved the hosting and DNS of the domain and blog to Linode. With the move to Linode I switched web servers too. This blog is now running on the Nginx web server instead of Apache. I’ll probably have more to write about that switch in the coming weeks.

With these changes I bumped the version number of the blog to 6, so this now officially the sixth incarnation of my blog. I’ve been using WordPress since 2005 and you can find all of versions 4 and 5 going back to February 2005 on this blog. I’ve been blogging since October 2000 and have most of the archives of those blogs handy but offline at the moment. I’ll be bringing them all back shortly.

“Tap here to begin writing”. That is the very simple instruction given in the WordPress app on the iPad when you hit the new post button. If it were only that simple. Writing is hard for me. I know people who write every day, and they often make it look simple. For me writing is a bit of a struggle. Not that I don’t have things to say, I do, but sitting down to put my thoughts on “paper” does not come easy for me.

I’ve had a blog for over 10 years now and it has served mostly as a sort of digital scrapbook, a place for me to stash links and snippets of sites that caught my attention. Mixed in there is some actual writing, but I’ve probably thrown away more than I’ve posted. Weirdly the blog has often acted like a sort of deterrent to writing, a looming presence were I should be writing, but I don’t. It pushes out the possibility of writing in another medium or venue.

When asked how they write, writers often say that they just sit down and write for a certain amount of time, at a certain time. They seem to be citing a particular discipline that creates the right environment for writing. This notion also fosters the idea that writing can be a skill that is developed with regular practice. I’m going to put that idea to the test.

I work at home, and as a developer of webby things I spend a lot of time sitting in my chair in front of a bank of computers. This is not a recipe for a healthy lifestyle. And I’ll be turning 50 in less than a month. I’m not a complete couch potato though. I walk a 3 mile circuit regularly, alternating with exercise program that works my upper body. I’ve made time in my day to get this exercise in and it really gets my day off to a good start. Now I’m thinking that I’ll expand this exercise program to include a daily dose of writing.

The plan is to spend 30 minutes a day writing, probably in the morning while I have a cup of coffee and before exercising. The goal is to regularly kick out 500 – 600 words during the 30 minutes. As far as topics go, I’m not too sure of that yet. Probably some mix of tech stuff and free form verse, I’ll just have to see where this goes. 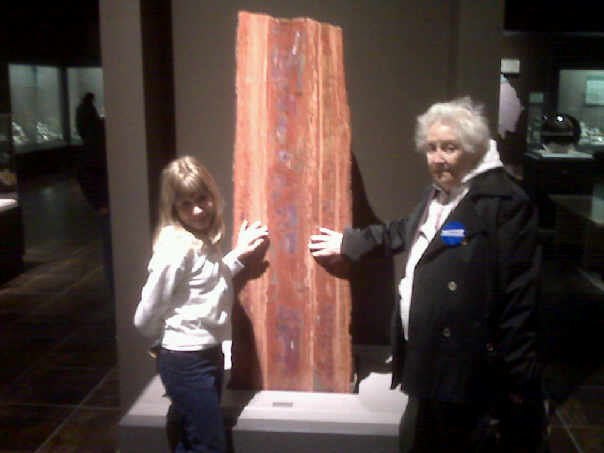